Eu Project Forum Staff 26 August 2021
0 Comments
This ‘Horizontal Substitute Impact Assessment of the European Commission’s New Pact on Migration and Asylum’ was requested by the European Parliament’s Committee on Civil Liberties, Justice and Home Affairs (LIBE). The impact assessment focuses on the main proposed changes implied by the European Commission’s New Pact, with a particular focus on the following four proposals: 1) Asylum and Migration Management Regulation (RAMM); 2) Crisis and Force Majeure Regulation; 3) Amended Asylum Procedure Regulation (APR); and 4) Screening Regulation. The horizontal substitute impact assessment critically assesses the ‘system’ and underlying logic of the proposed New Pact with the aim to analyse how the four Commission proposals would work and interact in practice. The impact assessment also assesses whether and to what extent the proposed New Pact addresses the identified shortcomings and implementational problems of the current EU asylum and migration law and policy. Moreover, the impact assessment identifies and assesses the expected impacts on fundamental rights, as well as economic, social and territorial impacts of the proposed New Pact. 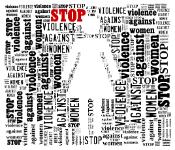 The Committee on Budgets and the Committee on Economic and Monetary Affair will hold their second Recovery and Resilience Dialogue with Valdis Dombrovskis, Executive Vice-President for an Economy that Works for People, and Economy Commissioner Paolo Gentiloni, on 14 July. The debate is expected to focus on the Commission’s assessment of national recovery and resilience plans submitted by Member States.
BUDG Webpage
ECON Webpage
Meeting agenda and documents
Live streaming
EU Fact Sheets: EU financing
EU Fact Sheets: Economic and monetary union, taxation and competition policies

During the July 2021 plenary session in Strasbourg, Parliament continued to debate and adopt Multiannual Financial Framework programmes for 2021-2027, this time finalising programmes in the justice and home affairs, fisheries and infrastructure areas. Debates on a number of Council and Commission statements were held, including on the programme of activities of the Slovenian Council Presidency, on the conclusions of the European Council meeting of 24-25 June 2021, on the Commission’s 2022 work programme, on the state of play of implementation of the EU Digital Covid Certificate Regulation, on the impact of the Covid-19 crisis in aviation, and on the 70th anniversary of the Geneva (refugee) Convention. A number of other debates were held, inter alia on the rule of law and fundamental rights in Hungary and Poland, on amendments to the Visa Information System, and on European Investment Bank activities in 2019. Members also debated international policy issues – the situation in Nicaragua, the repression of the opposition in Turkey, and the situation in Tigray, Ethiopia.